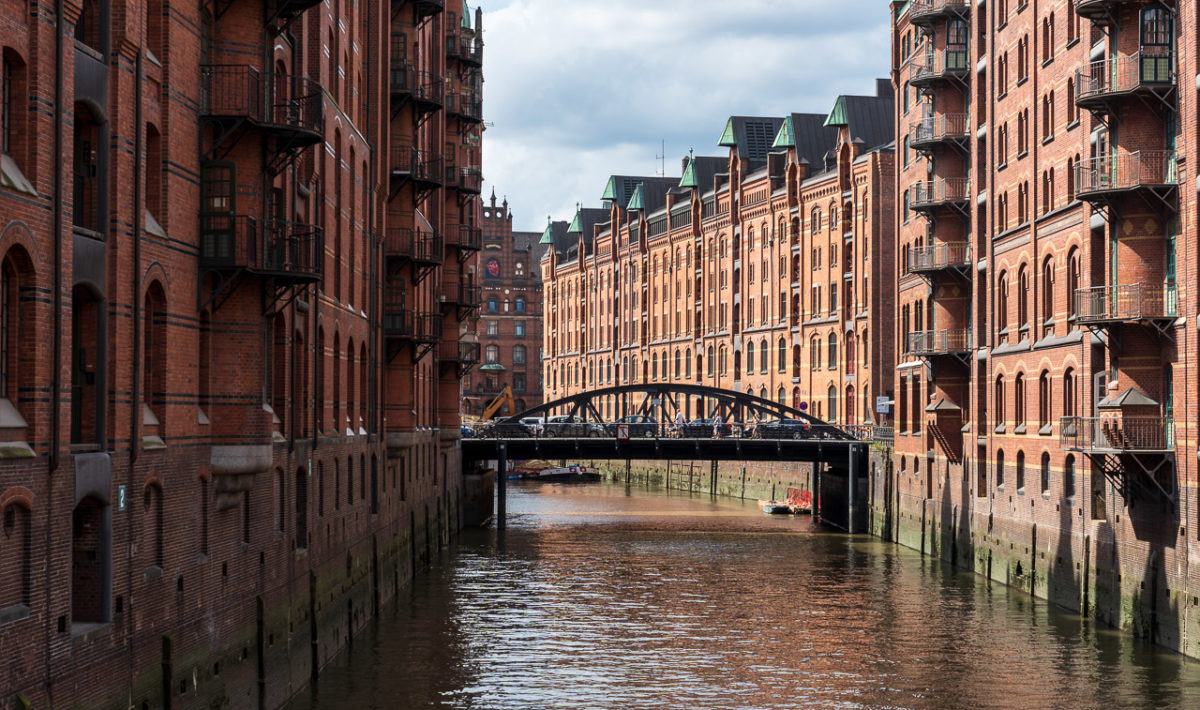 On Saturday morning, Lukas’ parents wake up early to wave goodbye after our rest day in Münster. We continue our journey towards northern Germany and take a first stop after 83km in a campingplatz next to the lake Kronensee nearby Ostercappeln. It did rain during the day and we had to take shelter from a tree for lunch but now the sun is shining again. We fortunately have some shade from the trees and this time the lakeside is not too overcrowded, which is really nice. We pitch the tent a few meters away from the lake and we spend the rest of the afternoon resting and taking a swim.

On Sunday, we ride another 93km and stop in another campingplatz next to Silbersee, a few kilometers south of the Hanseatic city of Bremen. It’s very hot again with very little shade in the camping and some thunder showers, which makes it a little bit less comfortable this time. Plus, the Silbersee is overcrowded with tourists but fortunately the campground is isolated. We apparently look so desperate to our neighbors in their caravan that they let us borrow two chairs.

Heavy rain is forecast for the whole day of Monday, but we still get out of the tent and start to ride towards Bremen. We manage to take shelter from the first shower but the second one gets us soaked in a matter of seconds before reaching Bremen. Despite the rain, the marketplatz of Bremen is quite pretty. However, it does make it difficult to visit so we only pass by the rathaus and the statue of Bremen Town Musicians and then keep going. After 91km in the rain, we reach our warmshower‘s host place in Hollenstedt which has an absolutely gorgeous garden. We spend the evening talking with our host Kai and his wife Rosie in the glasshouse. They give us many tips for our visit of Hamburg tomorrow. We then spend the night in the garden house. What a pleasure to have a great evening after a terrible day.

After a great breakfast in Hollenstedt, we ride around 40km to the Hanseatic city of Hamburg. With almost 2 million inhabitants, this may be the biggest city we go through during our second trip. We ride along the canals in the harbor and reach the city center with the Alter Elbtunnel under the Elbe river. With sunshine again (but below 30°C!), we enjoy the panoramic view from the recent Elbphilharmonie Plaza which was inaugurated in 2017 and became an icon of the city, then ride along the quays of the old warehouse district Speicherstadt. We go through the Altstadt then keep going along the lake Außenalster towards Quickborn where we spend another great evening in the apartment of our warmshower‘s hosts Gunnar and Linda. Today we rode 68km.

We have a great breakfast in Quickborn where our hosts introduce us to 11 different types of German bread rolls. We then ride 80km to Preetz and pitch the tent in a campingplatz along the lake Kirchsee. From there, we just have 24km to ride on Thursday to the ferry terminal in Kiel, that we reach after a quick lunch in Kiel’s Altstadt. At the boarding process, we have some difficulties as Belgian citizens since Belgium is red-listed in Norway due to the “second wave” of coronavirus and quarantine would be required. We manage to prove that we spent ten days in Germany before so that we can avoid the quarantine, which after a few phone calls turns out to be sufficient (and not two weeks as in some other countries). After this quite stressful situation, we board the ferry, put our bicycles in a small room and reach our cabin. The Kiel to Oslo traverse is 20h. We leave Kiel at 2pm and would reach Oslo at 10am the next day, which gives us plenty of time to enjoy the view from the deck with a beer.

2 Replies to “Hanseatic cities of Germany”